Despite it’s a commonality we still think of automatic transmissions in cars to be a fairly modern invention.

However, this is not necessarily the case as automatic transmission in vehicles originates as early as the 1940’s.

Physically, automatic transmission differs to that of manual transmission through the loss of the clutch pedal and the gear shift.

The driver no longer has total control of the car.

He manually adjusts the transmission to collaborate with the speed through the clutch.

The engine itself will now adjust its transmission through it’s torque converter once the vehicle is placed into drive.

It replaces the clutch and uses instead a fluid coupling that changes the gears by hydraulically locking and unlocking a system of planetary gears.

It is this planetary gear-set that creates the multitude of different gear ratios and allows the gears to shift automatically and smoothly without any aid from the driver.

Pro’s of the Automatic Transmission

Aside from the complicated mechanics of the machinery, there are obvious benefits to the automatic transmission.

More drivers choose automatic over manual transmission for its simplicity and the wider range of motions it offers for more inexperienced drivers.

Not only are automatic cars easier to drive in mountainous and changing terrains, they are also less demanding in the city and heavy traffic.

They are the perfect city car for the more contained individual who doesn’t tend to drive too often.

Con’s with the Automatic Transmission

The average cost when replacing your transmission fluid is anywhere between $100 to $200.

For manual replacements the cost is cut nearly in half.

Furthermore, manual transmissions are less complex engines and thus require less gas to perform the same functions that automatics will.

You will lose anywhere between 5% to 15% more on gas costs due to the engine of your vehicle.

This also goes for any complications that may arise within the lifespan of the car.

Also the cost of repairing an automatic is usually more expensive than that of a manual.

In addition to the required maintenance costs, automatics are found to be stolen far more often than manual vehicles due to their ease of use.

In terms of everyday driving and use, manual transmissions also offer more control over the vehicle and force drivers to pay more attention to the road and driving. 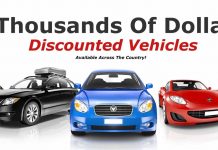 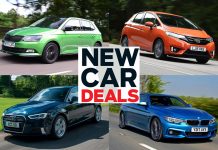 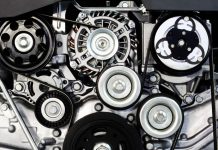 SUV and Crossover – Everything You Need

Student Loans and How to Get Them