Cable television didn’t appear on the global market as a worldwide commodity until 1950.

It quickly took root in the United States as a commercial business.

By the 1990’s this method of signal transmission was occupying half of all American residential homes.

Cable TV is the method of transferring programming for televisions.

You receive TV service from radio frequency signals that are sent through coaxial cables.

In more recent developments the signals are transmitted through light pulses in fiber-optic cables.

Other methods include broadcast television.

The signals are transmitted via radio waves and read by a television antenna.

Next is satellite television.

A method using communications satellites that receive and transmit signals through satellite dishes.

All of these viewing options have been steadily decreasing in their popularity and consumption by the public.

Online networks of television such as Netflix and Crave TV are becoming more popular.

You can find that they offer more common and easily accessible streaming services.

These modern changes are both understandable and expected.

The mechanism off of which cable television primarily functioned did have faults in it’s design and deliverance.

Many early subscribers being awfully familiar with the limitations of cable television.

Not only was distortion common, but there were issues with the sound as well.

The quality of the image produced was fairly low, and too often the picture was lost or cut off.

These issues derived from complications caused by the distance it took the signal to reach the television.

You receive a signal weakening the more it had to travel.

In order to resolve this issue the original creators had installed amplifiers into the cables.

Subscriptions to cable TV had risen since the 1950’s.

Peak popularity was at the turn of the century, with use in nearly 60% of middle-class American homes.

After this period a steady decline began to rear it’s head.

This has ramped up to exponential speed until it cut subscriptions in half with each passing year.

These drops in Cable TV purchases exist under the name ‘the Cord-Cutting Phenomenon’, as they are being taken over by online video services.

However, the concept is not becoming completely obsolete.

The same providers to offer television subscriptions have now turned their profits to Internet services.

Network providers will now offer lower, package rates for both internet and television in their charges.

Prices on average settling at about $103 a month. 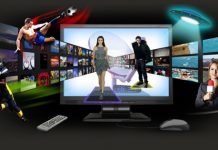 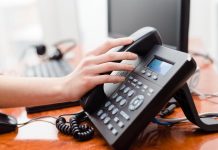